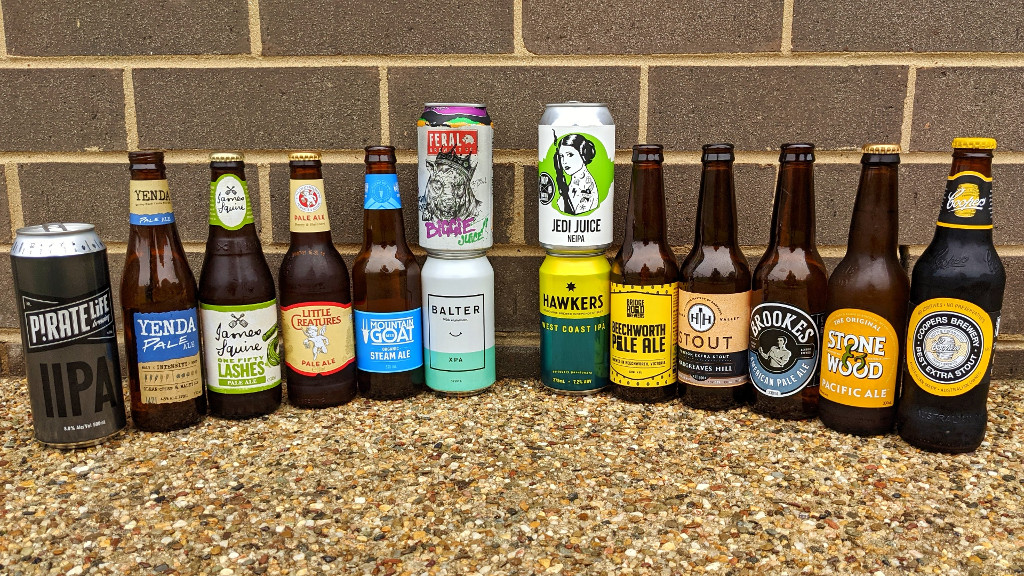 What is Indie Beer?

Bendigo Beer is all about promoting quality, indie beer. But what exactly is indie beer?

Indie beer is beer made by an independently owned brewery. An independent brewery is locally owned and operated, usually by the brewers themselves and their families, or a small group of local investors. They are typically small to medium in size.

There is debate in some circles about the finer details. For example, how much of a brewery needs to be independently owned to be classed as independent, as it’s common for big-beer and other corporate players to buy varying sized stakes in smaller breweries. For the most part, the above description would be widely accepted.

Why does indie matter?

There are a lot of reasons people choose indie beer. At Bendigo Beer, we consider the following key areas as reasons for why we want to promote independent beer in the region, as well as independent breweries from all over the country.

Bendigo has some of the highest consumption of craft beer per capita in regional Australia. The focus on local, independent breweries compliments Bendigo’s diverse food culture and contributes to its appeal as an international tourist destination. In 2019 Bendigo was the first city in Australia to be designated a UNESCO Creative City of Gastronomy by the UNESCO Creative Cities Network.

More broadly, craft breweries, their taprooms and brewpubs, have become community hubs. Despite being built around the production of alcohol, they are family-oriented venues where everyone is welcome; a far cry from the men-only bars of the pre-1960s. In fact, there’s also something to be said for the promotion of diversity around independent beer.

Ok, independence is not necessarily a mark of quality. Big breweries make consistent, high-quality beer for the markets they target. But the wide range of styles and flavours now available in the Australian beer market can be easily attributed to independent brewers.

The primary motivation of many small brewers is to make great beer. They’re perfectionists, but also innovators. They’ve resurrected many traditional European styles not brewed in Australia for decades, if at all, and are also embracing “new world” styles from the US. Some have even managed to produce beers regarded as uniquely Australian.

This raises the bar for all brewers. A rising tide lifts all ships, they say. It’s widely believed the quality of Australian beer has never been better.

Big beer does employ a lot of people in their breweries throughout the country. However, because small breweries cannot achieve the same economies of scale, they actually employ more people per litre of beer produced. This means that collectively, independent breweries create more jobs for Australians than the big brewers.

There’s also something to be said for the amount of government revenue contributed by big beer. With their parent companies based off-shore, they have the means to avoid paying large amounts of tax. In fact, CUB has been shown to have paid very little in the way of corporate tax in Australia for years.

How can I tell?

So, how can you tell if a beer is independent?

The range of beer styles can be a little confusing already at times. Thankfully there are some simple and fun ways you can learn more, and support indie beer.

Come to one of our events

Bendigo On The Hop, like all Bendigo Beer events, exclusively features beer brewed by independent brewers. Host venues are chosen due to their own support for independent beer. You’ll learn which breweries are indie and maybe even find out that a few you thought were independent, aren’t.

Look for the seal

The Independence Seal was introduced by the Independent Brewers Association (IBA) as part of their Ask for Indie Beer campaign. Its purpose is to help consumers easily identify indie beer. It’s only available to use by breweries who are part of the IBA, which not all independent breweries are, but still, it’s a sure-fire way to know you’re drinking indie beer.

The IBA also runs an annual event called Indie Beer Day, where independent beer supporters come together at venues all across Australia to say, “Cheers to Indie Beer”. Look out for it on July 25th. There’s sure to be one near you.

When all’s said and done, we at Bendigo Beer are happy no matter what beer people drink. Choosing any beer over other alcoholic beverages contributes to the growth of the whole beer market. A market that’s been in decline in recent years.

We choose to drink indie beer because we strongly believe in supporting the local community and love the variety of quality beers available today. Compared to the limited range of pale lagers available in years past, we’ve come a long way. Let’s keep going!