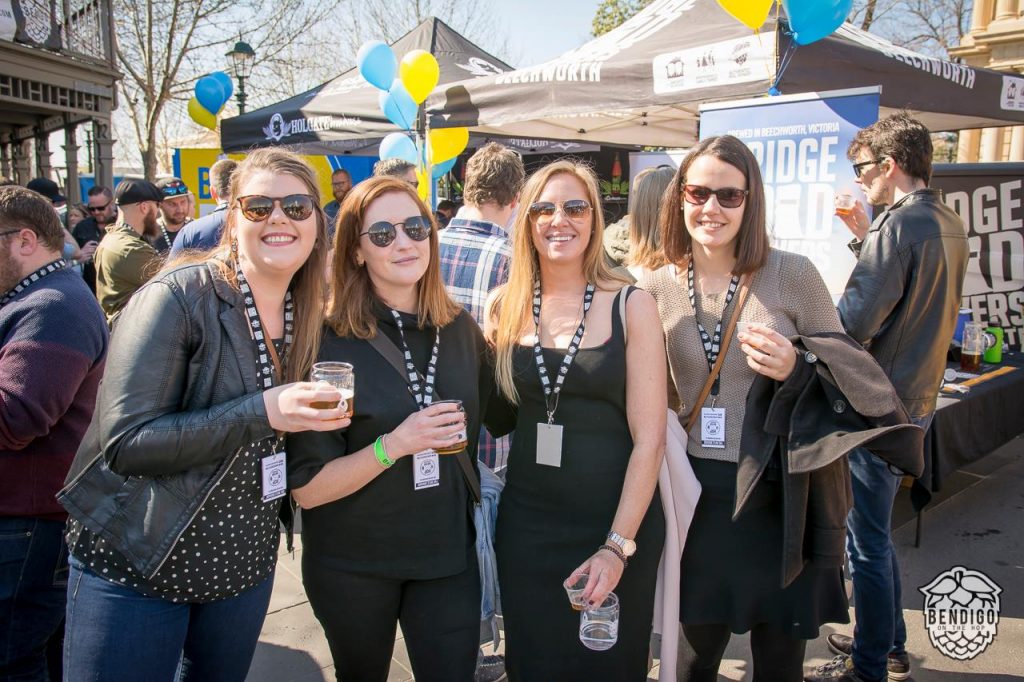 What do women want? Beer!

You can thank our indie beer industry for that. Craft beer production has increased by a whopping 200% over the past seven years, bringing with it the rise of local, independent breweries who have helped to shift perceptions about beer – what it tastes like, looks like, and how it’s made.

Bendigo Beer has been encouraging more female beer drinkers for years now. Our Chairman Trev Birks advises that the advantage smaller brewers have is they can make more than one style so you can explore everything beer can be and find a style you like.

“Beer doesn’t need to be one-dimensional. The key success factor we’ve found over the years is to have a conversation with non-beer drinkers about what their favourite drink is, and then suggest a beer that highlights that style of beverage,” he said.

“For example, if you love Chardonnay I’d suggest trying a nice subtle Wheat Beer. Or if Pinot Noir is more to your taste, you’d appreciate a traditional Pale Ale.”

Another great organisation supporting women in beer is The Pink Boots Society, an international not for profit, which was started to support female brewers by creating opportunities to network and learn from other women.

Our very own Bendigo Beer committee member, Jo Doye, is a Pink Boot chick, something she says has been instrumental in moving the beer industry away from the traditional ‘boys club’ it once was.

“The Pink Boots Society has been a great network for supporting women to get involved and feel more comfortable in the beer industry.

“Lots of women love beer but have never thought of it as a viable career opportunity, which is what we’re really trying to change. Now there are lots of amazing women working in beer, it’s so great to see,” said Jo.

Of course, stereotypes about beer being a ‘man’s drink’ still exist, stopping women from exploring the incredible variations of beer Australia is producing. One of Bendigo Beer’s goals is to introduce more women to a wider variety of beer styles than simply the corporate lagers. There are so many delicious new styles popping up there is bound to be one to tickle your fancy.

Plus, women may even be better at tasting beer than men too – there is some anecdotal evidence that women’s sense of smell and taste are more refined. This might also explain why they are less tolerant of bad beer than men are… Of course, both sexes can be trained in tasting beer, but women could have a natural advantage – so ladies out there, go get tasting!