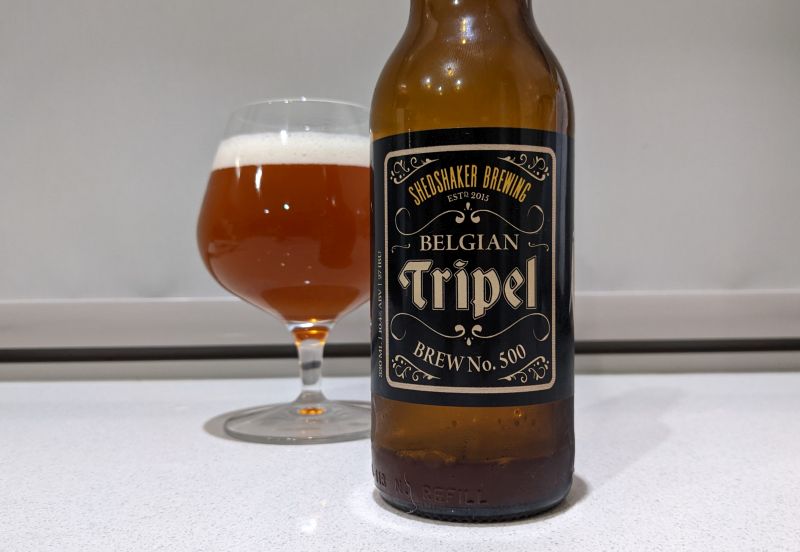 To celebrate their 500th brew, Castlemaine’s Shedshaker Brewing has produced a Belgian Tripel. It’s a deviation from many of the beers in their core, so what motivated them to take on this traditional beer style?

Tripel is one of four styles of ale that originated in 17th century Europe. Along with Enkel [Single], Dubbel and Quadrupel, they were brewed by monks from Trappist monasteries and are revered for exceptional quality and flavour.

In the early to mid-1900s, other beers with similar characteristics started to appear. A movement began to protect the integrity of beers still made in the traditional Trappist way, culminating in 1997 with the foundation of the International Trappist Association (ITA). It implemented the Authentic Trappist Product label and strict eligibility criteria. There are currently 14 breweries worldwide that produce Trappist beer, such as Chimay, Rochefort and the highly coveted, Westvleteren.

Today, “Belgian-style” ales are widely available outside of the monasteries where they originated. Some Australian examples include Bright Brewery’s seasonal ‘Fainter’s Dubbel’ and Hawkers 2018 Aquavit Barrel-Aged Dubbel. But overall, Belgian style ales are not as common as Pale Ales and IPAs.

In 2020 Shedshaker produced a Belgian Dubbel. According to Jacqueline Brodie-Hanns, who co-owns Shedshaker Brewing with her partner Doug Falconer and manages the taproom, It was a surprise success.

She said, “Last year, during lockdown, we produced a Belgian Dubbel which was a huge hit and sparked our interest and passion in brewing more Belgian style beers.”

To celebrate their 5th-anniversary Shedshaker have continued their exploration of Belgian style beers with their Belgian Tripel. It’s also their 500th brew. Something they wanted to be special.

Jacqui described the brewing process. “A double-mash was required to achieve this high-strength alcohol content. Minimal sparging was performed on the first mash before it was removed and a fresh mash started; this ensured only high gravity wort was obtained.”

”In traditional Belgian style, Belgian candi syrup was used to increase the alcohol without making the beer cloyingly sweet.”

The end result is a beer characterized by distinctive aromatics and flavours that are met by a balance of sweetness.

It’s a beer that requires some respect though. At 10.4% ABV, it’s by no means a session ale.

Belgian style ales are as much a departure from the norm for Shedshaker as they would be to most Australian craft breweries. I asked Jacqui what the response to their 500th brew has been like

“People love it!” she said.

“Reviews have been very positive. People who are unfamiliar with the style are surprised to enjoy a golden beer with high alcohol, and punters are very surprised that it’s so easy drinking for such a high alcohol content. We have had very encouraging feedback from Belgian beer drinkers who report that the beer is true to style.“

I was impressed with the Belgian Dubbel Shedshaker brewed in 2020 but lamented only having bought one. Determined not to make the same mistake, I picked up two Belgian Tripels. One, I’m consuming as I write, and the other I had in the middle of winter, shortly after it was released (Yes. I kinda intended to write this sooner).

It definitely satisfied my craving for those distinctive Belgian-ale aromas and flavours, particularly banana esters. The colour is more copper than golden and it’s boozier than I expected. Either way though, it certainly warmed the cockles.

This beer is not in the same class as the Trappist ales that inspired it, but considering the monks have been doing it for over 400 years, I think Shedshaker’s Belgian Tripel is pretty good for their first crack at the style. The difference is so slim that I’d still happily choose one of theirs to support local, independent beer. I look forward to what the brewery does with Belgian-style ales in the future.

When I spoke with Jacqui, she said there were a dozen cases left. The Tripel is also on pour at the Taproom alongside 10 other Shedshaker beers. They’re open 6 days a week and bookings are encouraged.

Try one for yourself and let us know what you think.