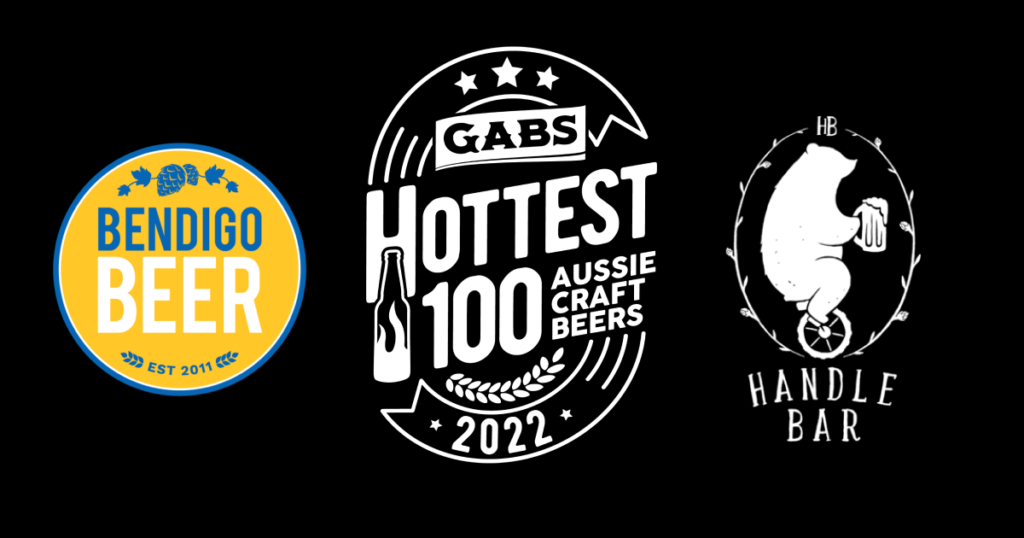 Join Bendigo Beer at Handle Bar as the results of the GABS Hottest 100 Craft Beers are announced.

The GABS Hottest 100 Australian Craft Beers (GABS H100) poll started in 2008 at the Local Taphouse in StKilda. It was a fun exercise where a small group of beer lovers would vote on their favourite beers of the year. As the name suggests, the poll was inspired by the Triple-J Hottest 100.

More than a decade later, the GABS H100 has grown into a national poll, with another held in New Zealand. Upwards of 40,000 people now cast their vote in the poll and it receives national attention in the mainstream media.

The beers featured have changed a lot in the 10+ years since it began and the results generate a lot of debate. But, for better or worse, no one can argue that the day of the countdown is the biggest day of the year for beer in Australia.

Voting on the GABS H100 is open. Head to the GABS Website and rank your favourite five beers of 2022. Over 300 breweries with more than 2000 beers are can be voted on. There’s sure to be at least one of your favourites, so head on over and cast your vote.

Voting closed on the 20th of January.

Watch the countdown at Handle Bar

On Saturday the 28th of January, the results of the GABS H100 will be announced. The countdown begins at 12:30 pm, with the number 1 beer announced at 5 pm.

Bendigo Beer is teaming up with Handle Bar to host a GABS H100 countdown party. The live feed of the countdown will be displayed and there will be music, food and, of course, great indie craft beer.

We look forward to seeing you there.