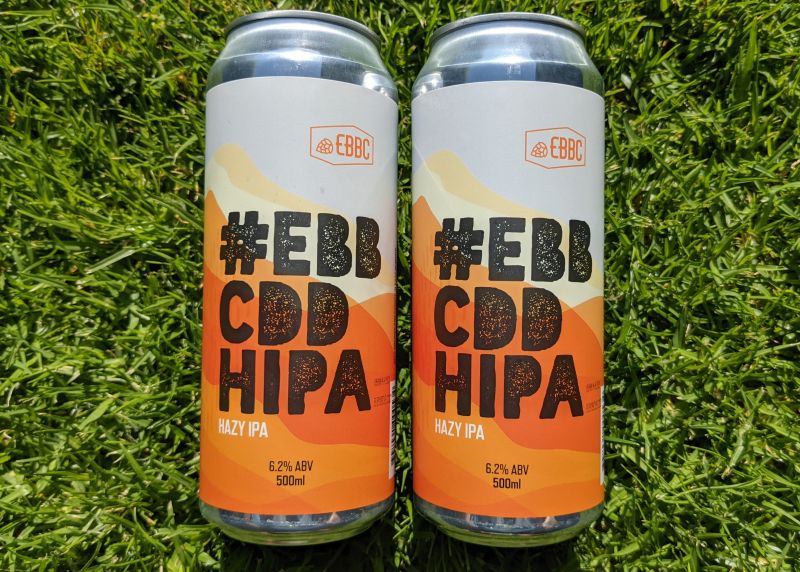 East Bendigo Brewing Company’s new Hazy IPA is interesting for a number of reasons. Not only the beer itself, but also the brewery from where it came.

A little history of Brookes

Bendigo’s Brookes Beer is something of an enigma. Its eccentric head brewer, Doug Brooke (don’t take my word for it) has been producing Brooke’s branded beer out of the brewery in East Bendigo since 2012.

Brookes Beer began like many of today’s indie breweries, producing styles Doug hoped would educate and broaden the horizons of beer drinkers. But the realities of running a commercial brewing operation in a regional city quickly forced Doug to change his approach. Not long after its inception, Brooke’s changed its focus from courting craft beer enthusiasts nationally, to winning over local mainstream beer drinkers with approachable styles that were competitively priced with mainstream offerings.

By 2017 the brewery was selling the vast majority of its beer locally. In an interview that year with The Crafty Pint, Doug said 95 per cent of the beer was sold within 50km of the brewery.

Last year, 20-year industry veteran Roy Lever, formerly of breweries such as Holgate and Coopers, teamed up with Doug to found East Bendigo Brewing Company. They rebranded Brooke’s beer and began packaging in cans. Something they’ve also done with other in-house brands like 40 Acres and beers with the brewery’s new EBBC label, like their Xtra Pale Ale.

Having completed thier rebrand of Brooke’s core line-up, and establishing EBBCo’s first core beer, Doug and Roy have created the first limited release, contemporary styled craft beer to leave brewery for some time.

Packaged in a 500ml can, and emblazoned with its social media inspired title, #EBBCDDHIPA takes its packaging cues from other present day limited releases.

The beer is a double dry hopped Hazy IPA featuring Citra and Mosaic. It competently fulfils the brief with its admirable nose and suitably hazy appearance. It may be darker than one might anticipate for the style. Hops are expectantly at the fore.

Bitterness may be contention for some, but the relative youth of the hazy IPA style, at least in terms of its definition by the BJCP, coupled with the number of other breweries who play loose with it, might make a pretty hard taskmaster of anyone who took issue with it.

I spoke to Roy Lever about their approach to this beer and interpretations of the style. “We just want to brew beer styles we like to drink and hopefully people will like what we do with it,” he told me.

“We did a bit of tasting research and noted that there was no real defined profile when it comes to Hazy IPA’s. Each one was different in colour, bitterness and malt character so we worked out what we wanted it to be and went for it.”

“We don’t believe in telling people what they should taste in our beers, what they should like or dislike. Taste is really subjective so we do our best and hope that people can enjoy what we make.”

As a Bendigo local who’s well catered to in terms of indie beer from all over the country, but wants to see more local examples of popular styles, this beer is encouraging.

EBBCo is not the only Central Victorian brewery to play in this space, of course. Cornella Brewery has been experimenting with Hazy’s and NEIPAs for a while, and Palling Bros are showcasing hops in their Rood Henry’s Brewhouse Series. But this seems to mark a significant shift, or perhaps broadening, in focus for the operators behind EBBCo.

Despite their business conscious approach to beer for the last five or so years, the team behind Brookes Beer are still capable of producing beers that appeal not only to the beer nerds of Bendigo but also to the wider market. The fact that they are confident to once again play in this space, is a reflection of the continued growth and broadening appeal of independent beer in our city.

Roy told me that their hazy IPA is a sign of things to come. “We have a series of limited [releases] planned for this year as well as a couple of new beers for our line up.”