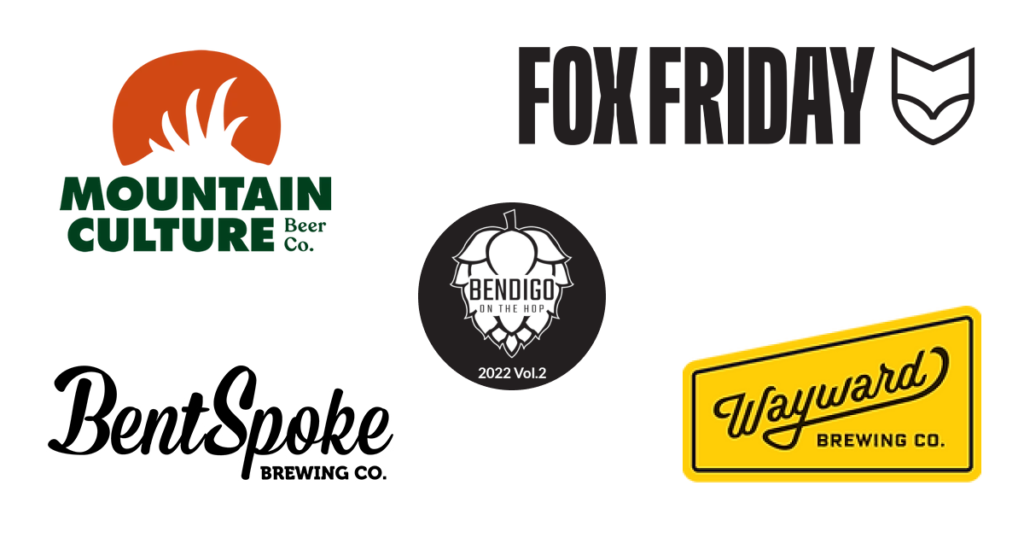 Breweries of BOTH 2022 Vol.2 – Interstate Visitors

They come from all over Australia to showcase their beer at Bendigo On The Hop. Check out these breweries from interstate.

Wayward brewing began as a Gypsy operation in NSW. They brewed much of their core range out of breweries all over Sydney, before finally finding a home of their own in 2015 in the city’s inner west.

The brewery’s core range features all the styles you’d expect. In addition to a busy calendar of limited releases is the Discovery Series, an exploration of explore barrel-aged farmhouse ales and imperial stouts.

Bendigo Beer is looking forward to having Wayward on board for Bendigo On The Hop 2022 Vol.2. You’ll find them at The Cambrian Street Hub in Hargreaves Mall

Opened in 2019 by former Modus Operandi head brewer and his partner, Mountain Culture Beer Co is located west of Sydney at Katoomba in the Blue Mountains.

This brewery needs little introduction and is renowned for exceptional US-style NEIPAs and Hazy IPAs. The juicy, Be Kind Re-wind, was named among the top 5 beers of 2020 by The Crafty Pint and has many more accolades under its belt.

Mountain Culture appear for the first time at Bendigo On The Hop 2022 Vol.2, hosted by The Hop Supply Co. They’re sure to be a popular brewery on the day.

Fox Friday made a name for themselves from the Tasmanian city of Hobart, but has recently opened a new venue in Melbourne. The brewery’s kit is fitted out to brew all the amazing beers they’ve become known for back home.

Fox Friday consistently impressed the committee at Bendigo Beer with beers on par with high-profile outfits like Deeds, Range and Mountain Culture. From Hazy Pale’s to West Coast IPAs. This brewery’s one you don’t want to miss.

Fox Friday appears for the first time at Bendigo On The Hop in August. We’re excited for them to be able to share some of the fantastic beers they’ve become known for. You’ll find them at Hop Supply Co.

Despite its size, Australia’s capital territory should not be underestimated when it comes to beer. Some high-profile brewers hail from Canberra and some great breweries, like Bentspoke.

Founded in 2014, the brewery is probably best known for its multi-award-winning and GABS Hottest 100 topping IPA, Crankshaft. But Bentspoke is no one-trick-pony. Their core range and limited releases are sought after all over Australia.

Bentspoke is returning to Bendigo On The Hop and will be hosted by MacKenzie Quarters.