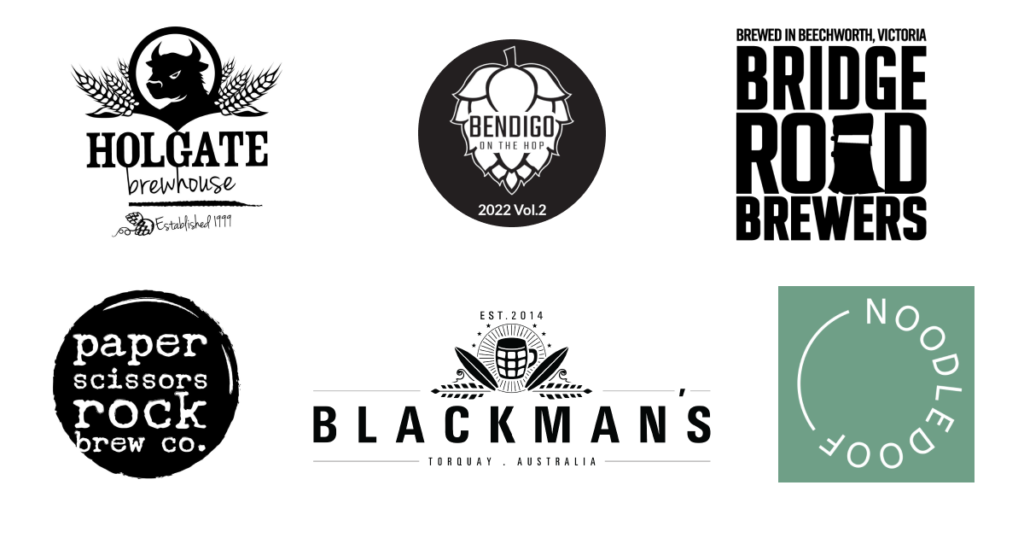 Breweries of BOTH 2022 Vol.2 – Regional Victoria

Bendigo On The Hop 2022 Vol.2 will be hosting some great breweries from regional Victoria. Check them out here.

With Melbourne bursting at the seams with indie breweries, naturally, a few have sprung up in regional Victora. And others, like our major sponsors, well… they’ve been there almost since the beginning.

The first of Bendigo On The Hop’s major sponsors needs little introduction. Bridge Road Brewers has been around since 2006. They were chipping away at winning over mainstream beer drinkers when there were less than 50 craft breweries in Australia.

Today their beers are available nationally. The brewery’s core range of beers and limited release roster is vast. The home at Beechworth in Victoria s high country is a must-visit for any craft beer aficionado.

And they’ve been longtime supporters of Bendigo Beer. They’ve appeared at every Bendigo On The Hop festival since its inception and featured at many of our smaller events.

Bridge Road Brewers will be at The Rifle Brigade Hotel.

About halfway between Bendigo and Melbourne is the town of Woodend, home to Holgate Brew House. Founded in 1999, this brewery has also been making beers that challenge the norm in Australia for some time.

In 2019, aided by the Victorian Government, the brewery expanded. The new taproom showcases the upgraded brewhouse and is a significant tourism drawcard for the region. Founder Paul Holgate Paul wants the visitor centre to act much like an education hub for craft beer “newbies”.

Holgate has always been a staunch supporter of Bendigo Beer. They’re back for Bendigo On The Hop 2022 Vol.2 and sure to bring some amazing beer with them.

Holgate will be at Handle Bar.

Noodledoof brewery opened in 2019 in the western Victorian town of Koroit.

They’re relative newcomers to the scene, but their beers are far from amateur. This year they picked up seven medals at the Australian International Beer Awards.

This will be the brewery’s first appearance at Bendigo On The Hop and the team at Bendigo Beer are very happy to have them on board.

Noodledoof will be at The Cambrian Street Hub at Hargreaves Mall

Blackman’s brewery was founded in 2014 on the Victorian Surf Coast, 500m from the beach, at the birthplace of Quicksilver and Rip Curl, Torquay. Their operation has since expanded to include a taproom and burger bar in neighboring Ocean Grove, and more recently, a second brewery and bar in the city of Geelong.

In 2019 the brewery was awarded Champion Small Brewery at the Australian International Beer Awards. Their broad, diverse range of beers is motivated by a desire to make good beer for everyone.

Blackman’s is up there with Bendigo On The Hop’s two major sponsors. They’ve been alongside Bendigo Beer from the beginning, and revelling in the growth of craft beer they helped nurture.

The brewery features a modest core range which leaves enough time for some limited releases throughout the year.

This is Paper Scissors Rock’s second time at Bendigo On The Hop. On their debut appearance, they took out the People’s Choice award with their Red Ripper Sour ale. Can’t wait to see what they do this time!

Paper Scissors Rock will be at Black Swan.